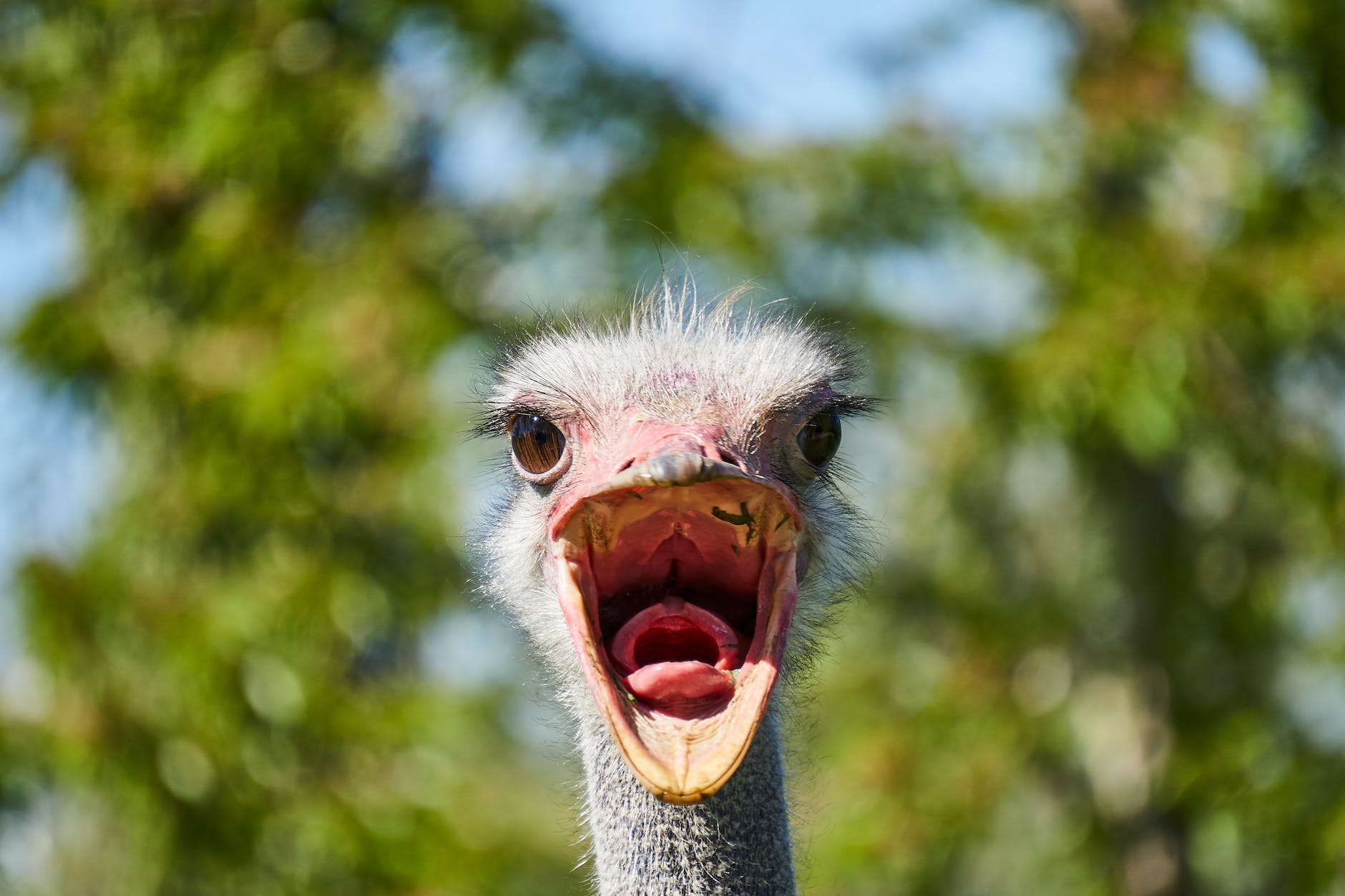 It wasn’t long before the beeping on her phone alerted Cat to a new incoming message, not recognising the number, she was delighted in her assumption that the text had indeed come from Nick.

The message was a simple “Hi” and quickly followed up with another image.

She was already in her PJ’s, hair scraped back in an untidy mess… Fuck! His photo was so naturally gorgeous. How was she ever going to compare or compete? There he was, so casually positioned on his couch, phone raised at the perfect angle to display his slender jawline, thick neck and damn those biceps must have taken hours of pumping in the gym. Surely, he was flexing them a little for the photo… Made her wonder if the rest of him was anywhere near as toned.

Unfortunately, his torso was hidden behind that white T-Shirt and slack charcoal shorts. But a girl can hope. In comparison, she hadn’t dyed her hair in weeks—if she attempted the same angle it‘d be all roots and shaggy mop. Her unmatching pyjama set was enough to make your average Catfisher swipe left. She was currently sporting unicorn bottoms and a top with cute looking foxes…. crap it!

His living room was immaculate; grey modular sofa straight from an Ikea show room. Cat noted he had taken the effort to pour his beer into a glass, not just drink from the can. His meal-for-one was neatly discarded on a tray next to his rather thick set thighs. Her eyes lingered on partially revealed leg.

Now it was her turn to send a picture. Phone raised into position, click, quick check of the photo and she realised she was right: these pyjamas simply won’t do. Bugger! Cat dashed upstairs for a quick change. Now, she couldn’t look like she’d made too much effort but wanted to avoid looking like a stressed out soccer mum dressed in her kids’ nightwear. Black leggings and vest were the weapon of choice, but… should she whack on a bra? Maybe she should put on a bra and avoid any unwanted nipple action… or maybe a pert nipple was a good thing? Cat came to the conclusion that a bit of exposed cleavage was sexy but too much nipple too soon was maybe a little suggestive… she was aiming for hot, not slutty!

Moving to the couch, dressed in her faked natural attire, she posed for a second shot. Should she pout? Was pouting a good thing? Cat wasn’t even sure she knew how to pout but gave it a go anyway. On reflection it would transpire that her attempts to pout made her look like an over indulged spoilt teenager trapped in a 40 year old body. So maybe pouting was out….

Cat leaned back on her sofa, dipped her head and attempted a sultry look with seductive eyes. She flicked to her gallery and noticed that the head position needed for sultry also gave her an extra 27 chins… OK maybe not 27 but at least 3 and her vest being so high made her neck completely disappear. She pulled down the vest just enough to revel a little more boob and strained her neck hoping to avoid anymore unnecessary chins. This time Cat took a number of shots, she tried a sexy smile, a cheeky wink, looking directly at the camera, looking nonchalantly away, intense stare and angled her head in half a dozen different ways. God her neck hurt!

She checked her phone in dismay as her forehead presented a spam designed to be Tangoed. The supposed cheeky wink made her look desperately dirty and the sexy smile was more of a constipated strain, all impacted with a ridiculously stretched neck that reminded her of a ravenous ostrich scrapping for a snack…. Jeeze this was way more difficult than other girls made it look.

She pulled her top down a little more hoping that the cleavage might distract from her appalling attempt at a natural looking selfie but the giant, once white, now slightly discoloured mum-bra she’d hastily thrown on upstairs was peaking over the neckline of her vest. Right that’s it… the bra’s coming off and if there is a little nipplage, screw it! Cat reached behind her back and easily unclipped the offending item, discarding it on the floor. She pinched her cheeks, wet her lips, fluffed her hair and prepared for fabulous selfie action.

Legs crossed and free arm resting on the side of the sofa, Cat took a further 16 snaps. She was aiming for a soft smile and bright eyes. In real life, Cat was good at this sexy shit. She knew how to move and use her curvy figure; she knew how to flirt with her eyes and capture a guys attention along with his imagination. But trying to convey this on her poxy phone made her feel like a bloody novice. Cat laughed at her own stupidity and clicked the camera button one last time. Bang! She nailed it. That very last photo was perfect. It was honest and natural. It was her.

Pleased with her efforts, Cat grabbed the image and hit ‘send’. She couldn’t have asked for a better picture and the entire episode had only taken a total of 62 photos in 26 minutes, with no real incident other than mild neck strain. She hoped he hadn’t grown bored waiting and move on to a new prospective date already—but he wasn’t currently online.

She watched as the photo slowly uploaded to WhatsApp with a triumphant grin on her face, slightly concerned that he wouldn’t believe for one moment that she hadn’t just spent the last half hour attempting to take a simple selfie. Maybe she should say something to excuse her sudden disappearance but hey, she had only just met the guy online which didn’t really warrant him an explanation of her absence. While she deliberated on whether an apology was the polite thing to do or not, her picture finally finished uploading.

He was instantly online again. Two blue ticks next to her message told her he had seen the photo and next to his photo was the status ‘typing’: he was replying to her… she waited, slightly nervous and a little excited….

Nick: Hot!!! loving the natural look, that’s just how I could imagine you waking up in the morning

Cat flushed and, so grateful that he wasn’t there to witness the ridiculous grin spreading across her cheeks, readied herself to reply—but he was typing again. Cat waited eagerly for the incoming message…

Nick: Cat I love an honest photo especially when it comes with a cheeky peak of underwear…..

Underwear? What underwear? She’d taken her bra off and….. oh fuck no!!! Cat pulled up the photo she’d just sent. Bollocks!! Schoolboy error. In her haste to send Nick the perfect pic, she had forgotten one of the many rules of online dating: when sending a selfie, always remember to check your background. There is so much detail in what’s going on behind the scene. Cat thought about the way she had noticed the beer in Nicks first shot and how neatly his cushions were positioned, both inciting that he wasn’t a lazy kind of guy, but one that bothered to take the time to pour his beer into a glass and tidy up after himself. The living room layout and colour scheme told her he was a man of taste; a scenic print centred on the wall behind him. He obviously took care of himself and pride in his home. There was an actual plant on the window ledge; many bachelor pads are foliage free. Yes, it may have been of the cactus variety which may take very little effort to look after, but nonetheless he had to care for it in some capacity.

There are a million things your mind subconsciously picks up on when looking at a photo of a person. It’s more than how beautiful a person appears in a posed shot. You take in the decor, the colour, the tidiness of a room, as well as notice all the negative secrets a picture can uncover, like dirty washing piles, stacked up washing up in a sink, an unmade bed or even worse, bed-sheets without any covers on at all (this was the epitome of a lazy man). And all quantifiable reasons to turn down a future date and begin the process of removing yourself from conversation availability.

Cat stared at the photo, shocked at her own stupidity. In the centre of the screen was a rather casually stunning version of herself, relaxed, bright-eyed and smiling. On the floor, to her absolute horror, was the oldest, ugliest, biggest, ex-white and discoloured mum bra she shamefully had in her possession. FUCK IT!!!

How the hell could she even reply? Her embarrassment must be oozing through the phone… Cat had no words. In fact, even a face palm emoji wasn’t going to save her now. She simply typed the following:

If you would like to catch up with Cat and join her as she bumbles her way through single, life then here’s the story so far…

Lest Link Up and follow me on social media